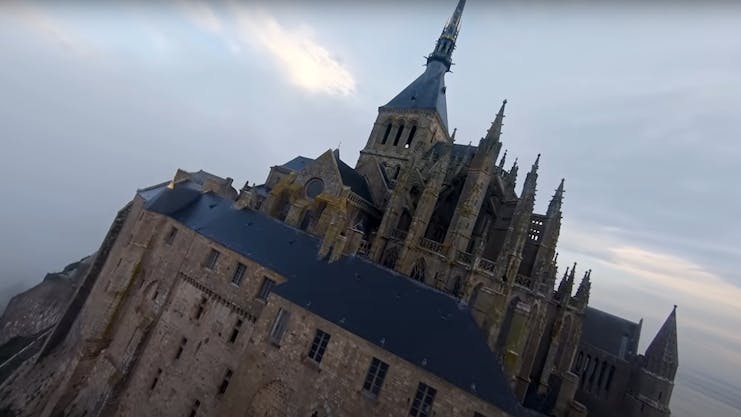 First up, let me apologise. This gopro drone footage of the French tidal island of Mont Saint-Michel is simply stunning, but it is going to make you want to travel so bad.

The creator, Benoit Finck, is one smooth drone pilot. I got some major Harry Potter vibes at the start and check out the Smiley at 1:22.

The Mont Saint-Michel Abbey at the top of the island was completed in 1523, though the site was occupied for centuries before that. The island is situated a few hundred metres from the mainland, and until 1879 it was only accessible by land at low tide.

Mont Saint-Michel has a permanent population of just 30, but is an extremely popular tourist destination and is visited by 3 million people a year. If you are wondering where all the people are in the drone video - Mont Saint-Michel is closed to visitors due to Covid-19.

San Giovanni, village in Italy has 8,000 applications for free holidays

Grounded oil tanker off coast of Mauritius splits in two

No Eating and Walking, No Screaming on Rollercoasters - The New Disneyland

Get Deal Alerts on Your Phone with our FREE apps