Cheap Flights To Norway From USA - From $257 Return

Flights to Norway from $257 Return

Flights to Oslo, Norway from $257 Roundtrip on Finnair/American/United (US East Coast)

Expired Flights to Oslo, Norway from $390 Roundtrip on SAS (US West Coast)

Expired Flights to Oslo, Norway from Los Angeles from $431 Roundtrip on Lufthansa & SWISS

Expired Flights to Oslo, Norway from $373 Roundtrip on SWISS & United (US East Coast)

Expired Flights to Oslo, Norway from Los Angeles from $398 Roundtrip on Finnair & Lufthansa

You'll gasp in awe around every hairpin bend in the road in Norway. You'll be left speechless by every nook and cranny of the great fjords. You'll be stunned by the sheer majesty of the hinterland, where fells crash through the clouds, Artic tundra rolls to the horizon, and the Aurora Borealis dance over the starry skies. Snow-capped mountains, ancient Viking villages, icy wastelands – it's all here, between jaw-dropping Trondheim and the chic walks of Oslo. Cheap flights to Norway from USA might even go direct, with low-cost carriers like Norwegian and SAS running routes out of big airports like JFK. Most of the best deals will include a stopover, though, with prime bargain-hunting months coming in fall and late winter. 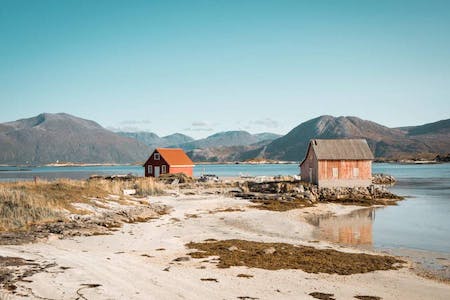 Tromso is a stunner. Be ready to gasp as you see the fjords and fells converge on this amazing city within the grasp of the Arctic Circle. 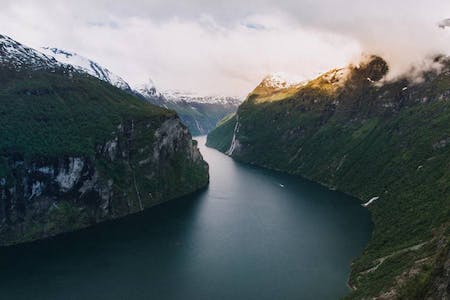 Wow! The Geirangerfjord crashes through the mountains of Sunnmore, offering jaw-dropping vistas of waterfalls, verdant forests, and cobalt-blue seas. 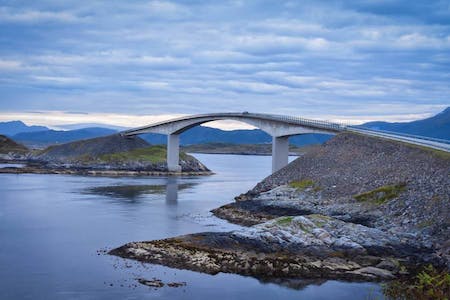 Pure drama erupts around the Atlantic Ocean Road, a 5-mile stretch of highway that arcs over bridges, through wave-battered bays, and under craggy cliffs.

What is the cheapest month to fly to Norway?

At the moment, March/2020 and February/2020 are the cheapest months to fly to Norway. The most expensive month is September/2020.

What airlines fly non-stop to Norway?

Norwegian and SAS fly direct between the United States of America and Norway.

What is the cheapest airline to fly to Norway?

The cheapest airline to fly to Norway from the United States of America is American Airlines.

What is the best airline to fly to Norway?

The best airline to fly from the United States of America to Norway is Lufthansa. Norwegian is the best for non-stop flights.

I Know The Pilot finds you the cheapest Norway flights

At I Know The Pilot we are always on the lookout for cheap flights to Norway. As soon as we find a good deal, we post it to the website and our apps. These cheap prices to Norway are in high demand and can dissappear quickly. Subscribing Is the only way to make sure you don't miss out.